Residents across Sydney’s western suburbs impacted by alcohol and other drug dependence will benefit from expanded free day-treatment services following the acquisition of Blacktown addiction counselling organisation Bridges by one of Australia’s largest rehabilitation providers, Odyssey House, based in south-western Sydney. 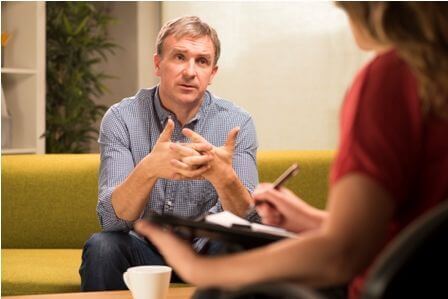 In a timely boost for the new Odyssey House Community Services – Western Sydney, it was recently awarded a $332,250 federal government grant through the Western Sydney Primary Health Network – WentWest (WSPHN), as part of the government’s response to the National Ice Taskforce Report.

“Odyssey House’s move into community-based services is part of our strategy to make our proven drug rehabilitation expertise more widely available to people in need in 2017 – the 40th year for Odyssey House and the 39th year for Bridges,” Ms Babineau said.

“By combining forces, we expect to assist around 640 people each year for the Western Sydney Primary Health Network, an increase of 83 per cent on the 350 people Bridges has assisted annually on average.”

The services will be free to residents in the Local Government Areas of Blacktown, Parramatta, The Hills and Cumberland, which have a combined population of approximately 900,000 people.

WSPHN CEO Walter Kmet said of the grant announcements: “We are pleased to be supporting Odyssey House to combat our community’s varied alcohol and other drug challenges as we work towards better health outcomes for the most vulnerable people in western Sydney.”

Perhaps reflecting the benefit of professional help in overcoming methamphetamine addiction, ice was the most common primary drug of concern[2] for four in ten former Bridges clients (38%) last financial year, followed by alcohol and cannabis (19% each), other drugs (16%) and heroin (10%).

“Odyssey House is all about making a real difference to measurably improve people’s lives and their communities and win the war on the demand for drugs – empowering people to overcome addiction, deal with the personal issues that led to their drug dependence, and build their resilience and skills to deal with life’s ups and downs,” Ms Babineau said.

“An important new element Odyssey House contributes to the local area is our expertise in treating people who have a mental illness as well as drug dependence, particularly anxiety and depression related to alcohol or amphetamine dependence.

“Australian research shows around half of all people with drug dependence also have a mental illness[3], which can complicate their treatment and recovery if these issues are not addressed holistically.

“Now, Western Sydney residents will have an integrated, local health service that treats their addiction and any mental illness simultaneously, enabling them to recover their health faster through a tailored treatment plan and sustain their gains through coordinated support.

Former Bridges Executive Officer Gail Davies, now Odyssey House Community Services Manager – North and West Regions, said the long-term funding and sustainability of Bridges had been at the forefront of the Bridges board’s considerations over the past few years.

“For small organisation, Bridges coming together with Odyssey House is a long-term sustainable opportunity, creating a foundation to tender for larger grants as they become available, and ensuring local services not only continue but will also expand to meet community needs,” Ms Davies said.

“We are like-minded organisations committed to delivering the best quality care to help people help themselves. In fact, two Bridges staff members are graduates of the Odyssey House program! I was particularly impressed by Trudy’s story and how she has turned her life around.

“Low self-esteem, a need to belong and a desire to fit in and have fun with her friends led Trudy to experiment with amphetamines at 18: ecstasy, then speed and later ice. Trudy withdrew from her family and friends and eventually lost her job. The turning point came when she ended up in jail, but was allowed to enter residential rehabilitation at Odyssey House. Trudy found her journey at Odyssey House difficult at times, particularly the first six months when she suffered depression caused by amphetamine withdrawal. After 15 months, she completed the program and decided to help others, working at Odyssey House Parents’ and Children’s Program before joining us at Bridges in 2015.

“Drug problems don’t discriminate. I’ve also met the middle-aged executive dependent on amphetamines, the young mother who drank while her kids were at daycare, the bullied teenager failing school because she was stoned on cannabis, the former prisoner trying to reboot his life after several relapses, the older woman who misused prescription sedatives to numb the pain of isolation,” Ms Davies said.

While Odyssey House Community Services helps people from all walks of life, it is also focused on assisting vulnerable people in western Sydney including: people transitioning from corrective services or homelessness, pregnant women or with children, youth, Aboriginal and Torres Strait Islander peoples, other culturally and linguistically diverse groups and LGTBIQ people.

“By providing care targeted to the level and type of assistance each client needs, we aim to reduce barriers to treatment, make the healthcare system easier to navigate, increase the likelihood that people will engage and continue with treatment, and ultimately improve outcomes for individuals and families affected by alcohol and other drugs,” Ms Davies said.

“We will continue to ensure local GPs, hospitals, family support workers and corrective services personnel have a clear referral pathway for people whose needs are best met by local day-based addiction therapies rather than residential rehabilitation – this might be because they have a job, are caring for family members or are undertaking study, need support or relapse prevention after treatment or a custodial sentence, or need early intervention to avoid serious addiction or mental illness.”

Referrals are welcome, but not necessary. In the past financial year, 38 per cent of clients attending Bridges were self-referred, 27 per cent were referred by Corrective Services, nine per cent by the NSW Department of Family and Community Services and 26 per cent by other organisations.

Odyssey House Community Services – Western Sydney can be contacted at the Blacktown hub on 9622 7511. The Odyssey House Admissions and Intake Centre can also assist with queries: 9281 5144 or www.odysseyhouse.com.au. Applications are also invited for the position of full-time psychologist.

[2] Many clients have poly-drug problems, but nominate one drug as their main reason for seeking treatment for addiction.