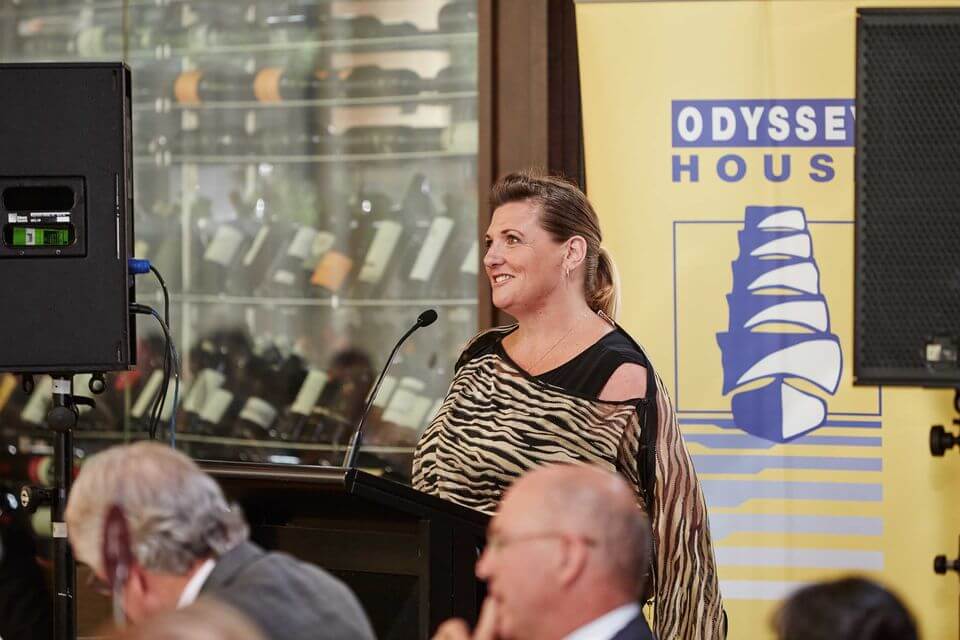 “I was the eldest of three children in a privileged Sydney home with housekeepers, private schools and travel. My father was well regarded in the community, sitting on Rotary boards and on the council.

“From the outside we looked like the perfect family, but unbeknown to anyone, my father was a severe alcoholic. He abused me regularly until I was a teenager, and he verbally and physically attacked my mother. I thought this was acceptable, normal behaviour.

“I was a gifted child and my parents pressured me to do well at school. I also got involved in sports as a way of being noticed and accepted by others; I always wanted people to like me. I think this stemmed from the fact that my father had suddenly stopped abusing me and I thought this meant he no longer loved me, which I struggled with.

“I met my future husband, Matt, while studying for my bachelor of education. We had a love/hate relationship, yelling one minute then completely smitten the next.

“After university, I was devastated by my mother’s diagnosis with cancer. Instead of pursuing my teaching career, I looked after her and took over her childcare business.

“Matt and I got married (my mother was too ill to come and my father chose not to attend) and I fell pregnant on our honeymoon. It was exciting at first, but life became a struggle as I tried to control everything in my life: preparing for parenthood, caring for my mother, working full-time, trying to make my marriage work, and dealing with my father and our tumultuous relationship.

“It all came crashing down when my mother passed away just before my baby was born. This is when my alcoholism, anxiety and depression truly began.

“Over the next few years my drinking got heavy. One night in an intoxicated rage I told Matt about my father’s alcoholism and abuse. Matt wanted me to stand up to him but all I wanted was the love I deserved.

“I thought our marriage was going to end… until I found I was pregnant again. I stopped drinking and we had a healthy little girl. Unfortunately this happiness was short-lived. Our fighting began again and so did my drinking, and the marriage broke down.

“I moved to a farm with my sister, living in a separate house. I was terribly depressed and unhappy with my life. I was drinking every day, but I was very sneaky and hid my drinking for years. At the peak of my problem I was drinking five to six litres of wine every day.

“One morning, I crashed my car and was caught high-range drink driving. This was when my sister decided I needed help for my alcoholism and to learn not to depend on her, as I had since our mother’s death.

“I knew I had to stop drinking, stand on my own feet and move on with my life. Odyssey House was the place to do it.

“It’s taken 15 months of treatment, but I recently graduated from Odyssey House. My children and my sister are proud of me, and I am proud of me. I am hoping to update my teaching degree and move on with my life, clean and sober. I couldn’t be happier.”