Road to Recovery with William 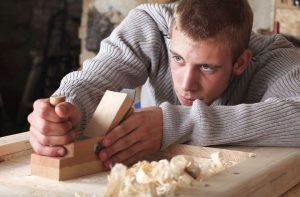 Growing up in Durham drinking was accepted as part of William*’s daily family life.

“I can barely picture my mum without a drink in her hand, she was an alcoholic and as her law career took off, my parents divorced, her drinking escalated and eventually contributed towards her death two years ago with cirrhosis of the liver“.

When William started University he felt the odd one out and started drinking to feel accepted socially, before long it started to take over any ambition to study and he dropped out of University.

Picking up the odd job here and there to get by his life slowly spiralled out of control as his drinking escalated the worse his personal life became.

“I could easily drink six litres of cask wine a day and what ever else I could get my hands on”.

“I would be so ill and shaking in the morning I would start drinking as soon as I woke up, on the way to work (if I had a job) at work, and then more to help me sleep at night”.

Spending most of his time now homeless William was slowly dying inside, he could barely eat with what ever he did manage to eat he would throw up.

William met his wife online with a mutual love of music. Over a couple of years the friendship soon developed romantically and William moved to Australia. “My wife knew I was an alcoholic, but she could also see who I was on the inside. With her encouragement and support it was time to get the help I desperately needed”.

William first entered the Odyssey House medically assisted Withdrawal Unit. “Shaking, Cold sweats, hallucinations, confusion and anxiety were just some of the symptoms that I went through during that week; I couldn’t have done it without the medical support”.

When William first entered the residential program he was extremely nervous and felt intimidated by the environment and its rules.  William soon developed coping mechanisms and learnt to love himself for the person that he is with the help of Odyssey House.

Since completing the program and with the skills he learnt working in Odyssey House Woodwork shop (A component of the Odyssey House School – Progressive Learning Centre) William is now working part time as an assistant at a specialist furniture manufacturer. The rest of his time is spent studying to become a librarian at TAFE.

William now walks around with confidence, poise and a sense of happiness about himself. “I am now a role model for other residents giving them the confidence to keep going, recovery is something everyone can do if they persevere; its just if they want it bad enough”.