Alcohol: a major drug of concern 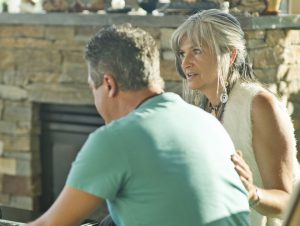 Despite the focus on methamphetamines in the news headlines, alcohol is a serious and costly drug problem in Australia.

The latest National Drug Strategy Household Survey reports that around one in five Australians (26 per cent of males and 9.7 per cent of females) aged 12 years or over drank alcohol at levels that put them at risk of alcoholrelated harm over their lifetime.

On the health front, harmful long-term drinking may lead to alcohol dependence and other chronic conditions such as high blood pressure, heart disease, cirrhosis of the liver, dementia, mental health problems and various cancers.

On the social front, alcohol-related social problems are estimated to cost Australian society $15.3 billion each year in healthcare, road accidents and crime, and intangible costs such as pain and suffering. In comparison, the social cost of illicit drug use in Australia is estimated at $8.2 billion.

It is therefore no surprise that alcohol is a leading reason people seek treatment at Odyssey House. On average, one in three clients cite alcohol as their principal drug of concern and 70 per cent say alcohol misuse is a significant part of their drug problem.

Odyssey House CEO James Pitts says alcohol is by far the most damaging drug to the drinker and to other people, outstripping heroin, ice and cocaine.

“We continue to see the human toll of alcohol misuse among the men and women in our treatment programs and among their families, particularly their children. Unfortunately, alcohol is socially acceptable, affordable, readily available and relentlessly marketed and advertised,” Mr Pitts says.

“It’s usually the first drug people are exposed to, often at a young age. Our clients report their average age of ‘first drug intoxication’, usually involving alcohol or cannabis, was 12-13 years. This is of particular concern because of the damaging effect of drugs on developing brains, and the developmental physical and social milestones these clients have missed out on.

“They may spend their school-age years drunk or stoned, so as adults they come to us needing not only drug rehabilitation, but also life rehabilitation to learn practical living, job and social skills to help them be productive members of the community.

“There is also a significant association between alcohol misuse and illicit drug use – alcohol is a central nervous system depressant that lowers inhibitions and increases risk-taking behaviour, which may lead people to try other drugs, or cause them to relapse into drug misuse after a period of abstinence.”

Mental illness associated with alcohol dependence is also a major issue; alcoholrelated depression is among the most common mental health problems for clients. Odyssey House takes a comprehensive and integrated approach to recovery on both fronts, providing treatment for drug dependence and mental illness simultaneously.

Another significant issue during treatment is the potentially dangerous side effects of withdrawal for people with serious alcohol dependence, including seizures, convulsions, vomiting, delusions and hallucinations. Even in less severe cases, alcohol withdrawal can lead to tremors, sweating, nausea, cramps, confusion, irritability or anxiety. Accordingly, many clients with alcohol dependence are first admitted to Odyssey House’s Medically Supervised Withdrawal Unit so they can be closely managed to ensure their safety and ease their pathway to recovery.

The good news is that alcohol dependence can be successfully treated. If you or someone you know has a problem with alcohol, contact the Odyssey House Admissions and Intake Centre on (02) 9281 5144 or visit www.odysseyhouse.com.au

• Drinking no more than two standard drinks on any day reduces the lifetime risk of harm from alcohol-related disease or injury.

• Drinking no more than four standard drinks on a single occasion reduces the risk of alcohol-related injury arising from that occasion.

• Pregnant women and young people (aged under 18) are advised not to drink at all.