A Parent For Life 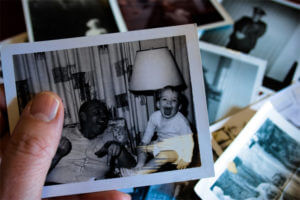 I cannot pin point when it started to go wrong for Andy. As a teenager he drank like all his friends. You know, just the usual stuff we all did at that age. A party here and there and a celebration beer after a footy game. Andy was a straight-A student and got into his Uni of choice and he met Fiona. But that first year seemed to be one of excess as his life took a boozy turn. College life is full on, I know, I lived through it myself. Andy began to drink during the week, spurred on by discounts and specials aimed at students like Cheap Tuesday or Thirsty Thursday, and he continued to drink on the weekend. He was also smoking a couple of bongs. I found out later.

Andy Began To Flunk Out Of Uni.

After a couple blurry of semesters, Andy began to flunk out of Uni. He switched tracks and began to work in call centres to earn a bit of money while he decided what he wanted to do next. We thought this is just what he needed. A wake up call that will help him stop partying too hard and maybe even go back to Uni after a gap year.

Andy’s life seemed to be on track. He was doing well in the call centre and had become a supervisor. Andy and Fiona had decided to get married and my beautiful granddaughter, Tilly, was born. But what I did not know was that he had started to escalate his drug taking from the odd bong to dropping party pills like GHB and ecstasy as well as drinking on weekends. This was a potent mix.

He always earned good enough money but the alcohol and drug intake was becoming a big financial strain. Andy would come to us for money. He promised us the money was for Fiona and Tilly, but we could not be sure. His mum, Pam, and I started to doubt his word.

I Watched Andy Lose Himself.

My heart was consumed with sadness as I watched Andy lose himself. Fiona had left him and had taken Tilly. He was soon not able to hold down a job and therefore able to pay the rent. All we could see was a volatile husk of a man who seemed to have the same name and face as our son.

I felt like there was nothing I could do. I was paralysed by the lack of answers. Why could he not stop? What had we done wrong? Why was he like this? Are we bad parents? I got angry and frustrated and most times we spoke, it ended in tears and a bit of yelling. He was not listening to me or his mum. He was not even listening to his older brother, Matt. He was slipping away from us.

We Had To Make A Decision About Andy.

We needed to make a decision as a family about Andy. Could we continue to ‘help’ him or should we cut him off. What would happen to him then?

It was all so painful to talk about with each other. So painful that I did not want to talk to any of my friends or colleagues about it. I have to admit, I was also ashamed of the situation. Pam and I spoke with our GP, and she discussed options. One of the recommendations was that we call Odyssey House. At first I thought Andy had to do it as he was the one in trouble, but she said that Odyssey House Community Services also helps those who have a family member impacted by alcohol and drug misuse.

I finally called and spoke with someone in their community-based programs. It was good to have someone just listen. Pam and I booked in for some one on one counselling sessions.

I Could Not Believe How Relieved I Felt.

This burden of shame and guilt was beginning to lift by just asking for help. By going to Odyssey, we were able to understand how we can draw that line in the sand as parents. We have begun to understand that loving Andy does not mean enabling him. We can hold him accountable for his behaviour and we are now refusing to allow him the power to dismantle the family. As a result we are having better conversations with Andy and we are able to keep ourselves and the rest of the family safe. I hope by showing Andy that we asked for help, he will too.

We are aiming to raise $230,000 before 30 June 2018 so we can continue to help those impacted by alcohol and drug misuse. Make a difference and donate now to help more people like William & his family.

Odyssey House is dedicated to protecting your privacy and making sure your payment is secure. All credit card transactions are secured through an authorised online certificate that provides safe encryption. All donations over $2 are tax deductible.