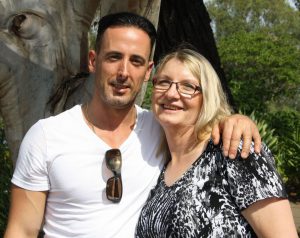 While addiction to amphetamines like ice is still the leading problem for people seeking treatment for alcohol and other drug dependence, admissions for opioid drugs such as heroin almost tripled over the past year and alcohol remains a concern, according to one of Australia’s largest residential rehabilitation services, Sydney’s Odyssey House.

Released today, the 2015 Odyssey House Annual Report reveals 32 per cent of clients entering its residential rehabilitation programs during the 2014-15 financial year cited amphetamine-type stimulants such as ice or speed as their principal drug of concern, down 20 per cent on 2014 admissions (40%, the highest figure ever at Odyssey House).

Almost one in three (29%) Odyssey House clients sought treatment for addiction to heroin, methadone, morphine or opioid-based prescription painkillers, which is 2.6 times or 164 per cent higher than the 11 per cent of admissions in 2014 (the lowest on record).

Alcohol remained a significant problem, nominated by 22 per cent of Odyssey House clients as their principal drug of concern, a decrease of 33 per cent on 2014 figures (33% of clients). Approximately 70 per cent of all clients nominated alcohol as one of their drugs of concern.

Admissions for cannabis as the primary drug of concern were stable at 14 per cent.

Although Odyssey House CEO James Pitts welcomed the recent promise of increased federal government funding for amphetamine treatment in response to the National Ice Taskforce Report, he cautioned against letting the ‘ice epidemic’ distract from the dangers posed by other drugs.

“Ice is a significant health problem, so more funding will help us deal with the high demand and address the treatment challenges posed by amphetamine dependence, especially for clients with complex physical and mental health issues and social disadvantage,” he said.

“However, the huge increase in people seeking our help for dependence on opioids like heroin is a very worrying trend that may spell danger ahead. These drugs are highly addictive, people often struggle for many years to overcome their dependence, and there is a greater risk of overdose compared with other drug classes.”

Mr Pitts said while the jump in Odyssey House’s opioid admissions this year might be an anomaly, several indicators point to the likelihood of increased heroin problems in the future.

“Our statistics show that when Odyssey House admissions for amphetamine use go down, heroin/opioids admissions go up and vice versa. People’s life problems stay the same, it’s just the drugs they use that change – people will switch between drugs depending on what is more readily available and cheaper, due to supply and demand.

“The World Drug Report 2015 by the United Nations Office on Drugs and Crime warns that opium cultivation is reaching historic levels in Myanmar and particularly Afghanistan, which accounts for 85 per cent of global production and where opium poppy eradication efforts have reduced significantly.

“International crime syndicates are involved in distribution and Australia is a lucrative market, so it’s almost inevitable these supplies will reach our streets.

“Also, the Illicit Drugs Reporting System – the National Drug and Alcohol Research Centre’s ‘monitoring and early warning system’ – indicates the frequency of heroin use is increasing nationally, and Western Australia in particular has this year seen an increase in heroin use and incidence of overdose.”

A 2015 Odyssey House graduate, Michael, 37, became dependent on heroin at 19 when his young sister died suddenly and he turned to drugs to help him deal with the intense emotion overwhelming him: “Heroin stopped the racket in my mind, made me feel good about myself and gave me some peace. Within a few weeks I was using every day and within a week of that I was addicted,” he says.

Michael was functional despite his addiction, studied at university and set up his own business, but his anti-social and criminal behaviour landed him in prison a couple of times.

“I used heroin substitution and treatment therapies so I wouldn’t feel sick from withdrawal and could still use drugs and run my business. Eventually I started losing work and friends, yet I was frightened about what it would be like to not use drugs.

“My parents persuaded me to get help. I tried to stop using a few times before Odyssey House, but eventually I knew it was prison or death or rehab.”

“I had a lot of work to do to find out who I really was, how I used drugs to escape from reality and avoid conflict, and how my negative perceptions and lack of self-honesty held me back. Now, with ongoing support from the Odyssey House community and a 12-step recovery program, I know I can make it. I thank Odyssey House for saving me.”

Other statistics from the 2015 Odyssey House Annual Report:

During the year, 625 clients entered Odyssey House’s medically supervised withdrawal and residential rehabilitation programs in Sydney. This included 12 families with 21 young children who participated in the Odyssey House Parents’ and Children’s Program, where families live together while the parent/s undertake rehabilitation and learn parenting skills, and the children receive support.
Drug dependence combined with mental health problems continued to be a major issue. Approximately 46 per cent of clients reported co-existing mental illness such as depression, anxiety, bipolar disorder, schizophrenia, post-traumatic stress disorder or borderline personality disorder. Seventy per cent had more than one mental illness.
The Odyssey House Admissions and Intake Centre received more than 30,000 phone calls (approx. four per minute) from people struggling with addiction and family members.
References: